Beatrice Laus or more popularly known as Beabadoobee is a Fillipino singer and songwriter who has called the UK home since she was three years old. She rose to fame after self-releasing her first single “Coffee” in 2017, it was recorded in her friend’s bedroom and amassed hundreds of thousands of plays before catching the eye of UK label Dirty Hit. She joined the ranks of the label’s roster including The 1975, Japanese House and Rini Sawayama. Following the release of her Space Cadet EP in 2019, she now reaches maximum potential with her debut album “Fake It Flowers”.

The 12-track record launched with previously released singles ‘Care,’ ‘Sorry,’ ‘Together,’ ‘Worth It’, and ‘How Was Your Day?’ which had built a steady momentum. Her album arrives at a major point in her career with millions of eager ears waiting to listen to what she had in store. Earlier this year her catchy debut received a remix from Canadian rapper Powfu that has sent her into the stratosphere, amassing billions of streams after going viral on TikTok. She’s only 20 but her distinct and powerful voice and pushes a blend of Indie, alt-rock and lofi has caught the attention of listeners around the globe.

Through “Fake It Flowers” she has exhibited her musical inspirations and wide tastes, she blends alternative rock and 90’s slacker styled music through which she showcased beautifully and intricately. This album has revealed that she is a protean artist that excels and is talented in different genres. Her transition from lofi pop to Indie alternative rock is a perfect example. Growing up she was a fan of The Beatles, Mazzy Star, the Cranberries, Avril Lavigne and so many more Indie, Alternative rock and grunge-pop artists who have shaped and inspired her sound.

The album tells the story of her life till now, it talks about Babadoobee’s experience with self-harm, childhood trauma, her relationships and how dying her hair was a method of empowerment. It is an album that the youth who make up her millions-strong fan base can relate to because of its intense emotions and lyrics as well as the expressions of concerns of being a youth in today’s society.

Since it’s release album received many positive critics and reviews from across the industry including Variety, i-D, NME, Billboard and more. The whole 90s bubble grunge music and the electric guitars and Beabadoobee’s voice compliments the whole album perfectly and proves that she’s much more than her TikTok fame. It is an album of vibes and emotions with comical yet witty lyrics that gives an old school 90s vibe that makes you feel nostalgic.

Beabadoobee is a gen Z singer and songwriter that is slowly becoming a huge sensation and a rising star. She has gathered the attention of thousands. Her retro vibes and fashion, as well as her whole concept, is very unique and attractive and also shows confidence in herself and what she does. To all music lovers especially the indie kids and grunge music lovers who like it old school will definitely love her songs. Fake it Flowers is definitely worth listening to. 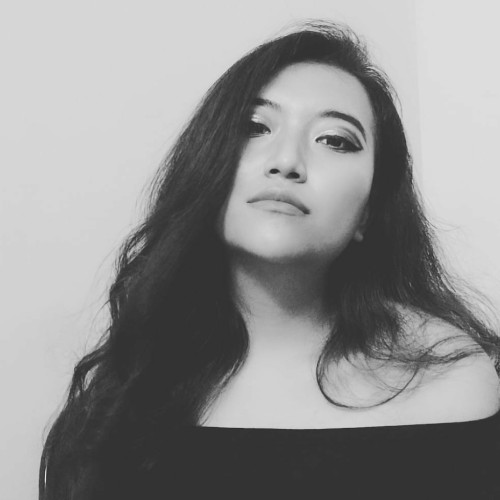