Disclosure mark 10 years since their inception and what better way to celebrate their longstanding success than a new album. Today they revealed the brand new single called ‘ENERGY’, which also serves as the title track of the new LP. The vocals on the new single will be instantly recognisable to any Disclosure fan as belonging to Eric Thomas, the hip hop preacher whose voice memorably appeared on their 2013 smash hit ‘When a Fire Starts to Burn’.

It’s an important release of the album, as the brother duo revealed the title ENERGY dictated their track selection choices project-wide. Disclosure said of the release “The thing that decided which songs made it and which songs didn’t was that one word: energy. Every track was written really quickly. That’s why we had to write so many songs because those ones don’t come up every day. Or every week. Or every month.”

In addition to the identifiable vocal feature from Thomas, a global spectrum of talented artists are set to appear across the new album – and it also marks for the first time, this inclusion of rappers. Among the appearances on ‘ENERGY,’ we see the likes of Mick Jenkins, ChannelTres, Aminé and slowthai as well as highly regarded hip-hop icon Common on ‘Reverie’. Other features include the inimitable Kelis, who’s feature ‘Watch Your Step’ will open the album and Fatoumata Diawara comes back with her second collaboration with the duo, on ‘Birthday’ we’ll hear a powerhouse team of Kehlani and Syd. You can check below for the full tracklisting and prepare for the release this August via Capitol Records.

The new release “ENERGY” comes along with a music video directed by Kid Studio, it’s an undeniably feel-good visual that counteracts these somber lock-down times – and it perhaps even serves as foresight into the predicted post-lockdown baby boom?

These are the biggest music producers of the past decade till now, including Rick Rubin, Max Martin, Andrew Watt, Scott Storch &...
Read more
Pop Hits

When the producers behind Lady Gaga's Chromatica album were announced, the dance music world was both pleased and surprised. With acts such...
Read more

Disclosure mark 10 years since their inception and what better way to celebrate their longstanding success than a new album. Today they...

As we venture further from the sun laden festival season, we take a moment to look back on some of our favourite...
Read more
The Underground

After releasing the free download appropriately named 'The Gift', Eric Prydz has returned to his Cirez D alias for a two track...
Read more
The Underground

Chris Lake's "I Remember" marks the first release with Astralwerks and is quite the record to begin what will surely be a...
Read more
The Underground

With his debut album 'Year Zero' on the horizon, Tchami celebrates his second album single 'Ghost' with four fresh remixes from the...
Read more
Interview

Hailing from Los Angeles, Lubelski is at the forefront of inventive and often psychedelic dance music that defines the underground.
Read more 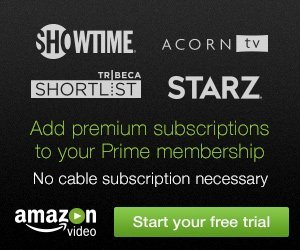