Having faced backlash from ‘fans‘ for his music and shows as of late – Getter has unfortunately cancelled his Visceral tour with 7 more dates ahead. He had attendees booing at a show because they didn’t like his set as well as messaging him via social media after the show to express their disappointment. After this miserable event, many acts and real fans have had his back and provided support. It should never get to this.

Having moved from his heavy dubstep sound to a more electronic less heavy sound in his latest album ‘Visceral‘. This tour conveniently named ‘Visceral‘ obviously takes a lot of inspiration from his latest album. Many fans did not like this transition from dubstep. However, if you go to a Visceral show and should expect it to be similar to his album. It is really unfair to Getter if you do not like his show. Getter should have never been in the position where he is cancelling his tour, that it out of order. We feel for Getter and really hope for the sake of the artist this does not happen to anyone again. 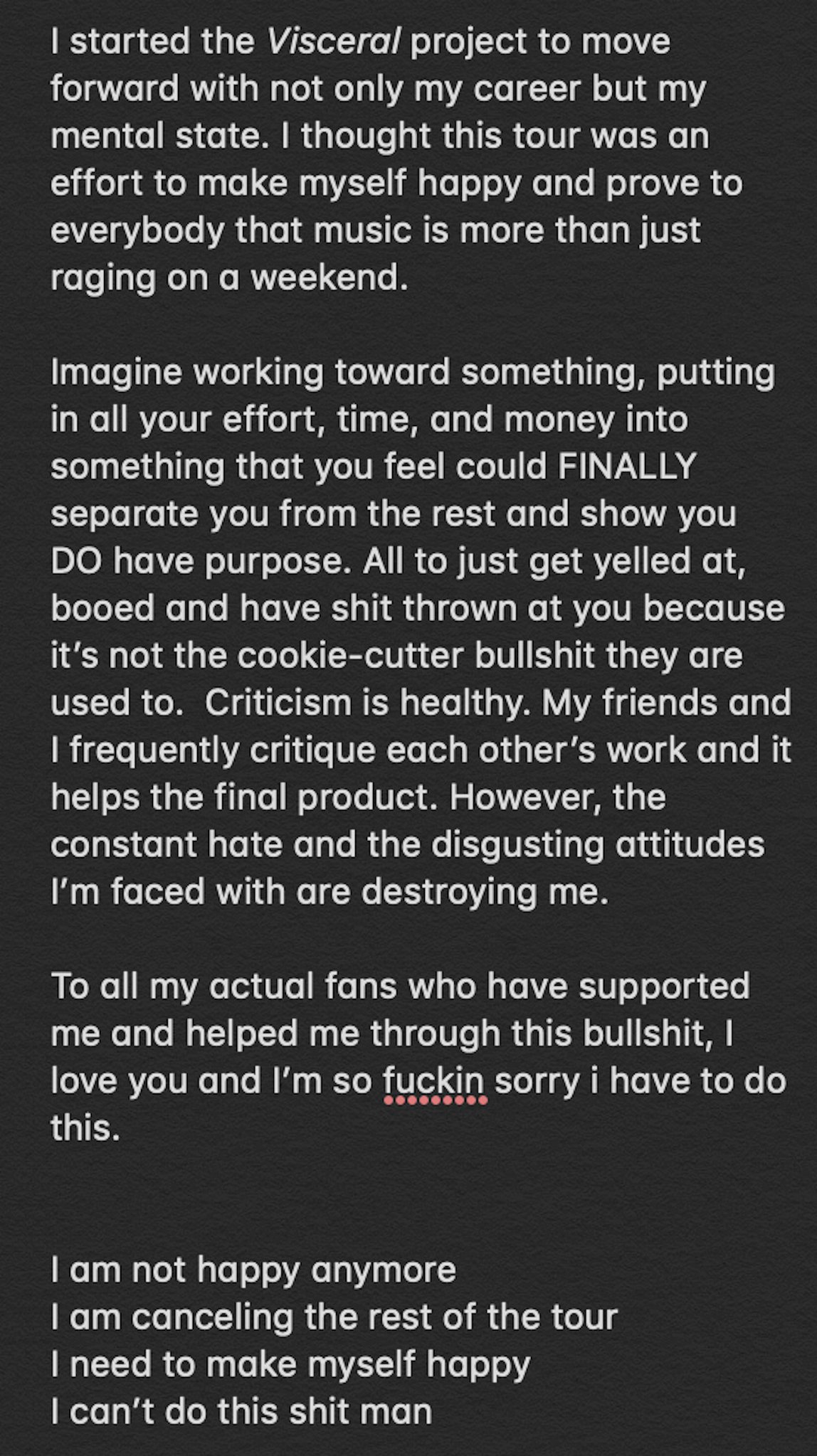