After about 2 weeks of GFriend promotions for “MAGO” which is the lead single from their third studio album “回: Walpurgis Night“, as well as the final album of the “回” series, on November 24, GFriend ended its promotional period. GFriend appeared on SBS Inkigayo on November 22 as the stage for their last Korean Music Show to promote their album, before ending their promotional period.

GFRIEND finally officially made their comeback by releasing their third studio album “回: Walpurgis Night” along with the music video for their lead single “MAGO” and has “回: Walpurgis Night” has a total of 11 songs, including their previously released songs “Apple“, “Crossroad“, and “Labyrinth“. Buddy (the name of GFriend fans) must be proud because GFriend members are known to have participated in writing the lyrics and composing this album.

Eunha, Yuju, and Umji are known to have written the lyrics for the song “MAGO” together with the founder of Big Hit Entertainment Bang Si-hyuk or also known as “Hitman” Bang. Not only that, there are 3 songs in this album which were sung and also written by their respective members, such as “Secret Diary” by SinB and Yerin, then “Better Me” by Sowon and Umji, and “Night Drive” by Eunha and Yuju.

In the first 24 hours after the release, GFriend was ranked # 1 on iTunes’ Top Albums Chart in seven countries, besides that GFriend was also ranked # 17 on the World Digital Sales Chart Billboard and # 19 on the Social 50 Chart (dated November 21). Furthermore according to the Hateo Chart, album sales for “回: Walpurgis Night” are also reported to have surpassed 46,000 copies in its first week of release.

Through this album, GFriend has received a lot of love and praise from fans with their concept as “Modern Witch” which portrays a brave and honest attitude towards themselves towards their desires. They describe the ability to see themselves purely from their own point of view. Their lead Single “MAGO” is a disco song which tells about someone who wants to be herself and no longer cares about how people will judge her. This song conveys being in charge of your own life.

GFriend’s leader, Sowon, also revealed that the retro disco concept was made different from the developing trend because this song is the expression of the sincerity and honesty of each member about their passion. “MAGO” received a lot of praise and netizen and has an addicting chorus. Other than that GFriend’s limitless charm and confidence to try new concepts that are different from their previous concept are what make netizens amazed by GFriend and make us always look forward to GFriend’s next album.

Despite GFriend has ended the promotion period, Big Hit Entertainment has announced that they will be holding their agency’s year-end concert “2021 NEW YEAR’S EVE LIVE” on December 31 for both online and offline, and GFriend has confirmed that they will be the line-up of this concert. For more information, you can look forward to further news regarding this concert from Big Hit Entertainment. 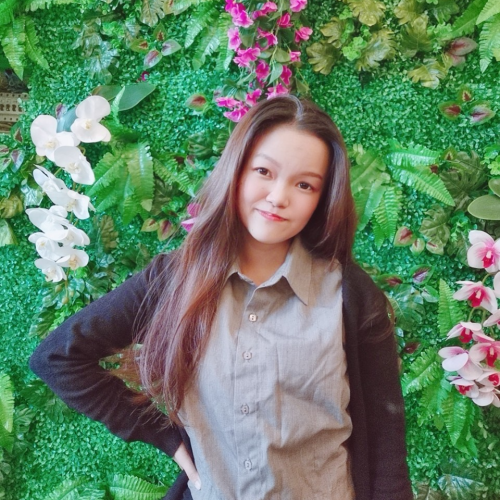