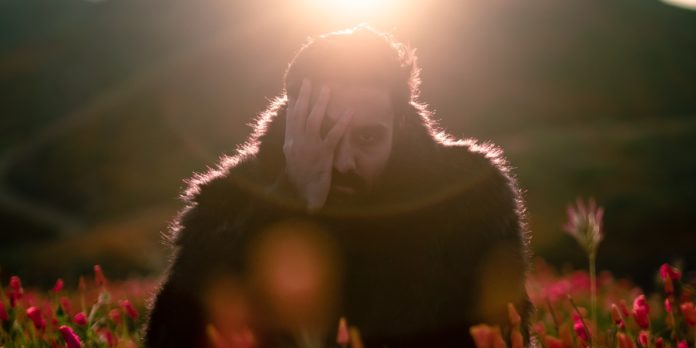 Hex Cougar Exclusively Shares The Making of His Short Film

Although Hex Cougar dropped his Under The Light Of A Dying Moon EP in January via Lowly, the California-based producer teased that there was another big project in store. Three months later, the secret is finally revealed with the debut of Hex Cougar’s short film!

With unique scenes to accompany each individual track of Under The Light Of A Dying Moon, listeners can now fully immerse themselves within the audio landscape through a nine-and-a-half minute expedition through the depths of dark bass. The project is captivating and engaging, it’s just on a whole new level of innovation and creativity. The short film features two superstars, Sumi Oshima (from So You Think You Can Dance, Justin Timberlake, Young Thug, A Tribe Called Quest) and Tim Neff (Westworld, The Irishman, American Horror Story, Post Malone, David Guetta). Other people involved with the project included three-time Emmy winning cinematographer Matthew Halla (Hasbro, Disney, Star Wars) and Kurk Kasparian (Reese Witherspoon, Jennifer Lopez).

In honor of this stellar short film’s release, we exclusively sat down with Hex Cougar to learn more about how he took his vision to the big screen.

When you were creating your EP, did you always intend to produce a full short film to go alongside it?

Originally no actually – when I was finishing up my EP I actually wanted to do one or two music videos. But as the EP finally came together and I started to conceptualize the visual aspect of the project, it became pretty clear to me that doing videos for only a few of the songs was going to be a disservice to what I was trying to accomplish. I wanted to challenge myself by presenting a cohesive body of work, something I’ve never done before, and I realized it was only right to do the same with the visuals.

Once you came up with the vision for the short film, how long did it take to get from your mind to the actual production?

I think once we figured out the format of doing a short film instead of certain music videos, it ended up moving pretty quickly. I worked really closely with my manager and our production team on it, we kinda went over the rough idea that we wanted to achieve and then the team came back with a full treatment less than a week later actually! They got what I was going for right away, we were able to finalize the treatment in about 2 weeks I’d say. It’s so refreshing to work with people who understand what you want and are able to work alongside you so well to get there.

Is there a particular reason you chose to distinguish this piece as a short film, aside from a Full EP Music Video or something similar?

To me, this video is more than just a “music video” – it’s a 10 minute narrative that I wanted to use to show fans my world and bring them into it with me. Every scene is independent but fits into the larger picture, and all together it weaves this story that takes what I started with the EP and expands it in new and exciting directions. This won’t be the only video in this little universe, that’s all I can say for now…

This short film hosts an unbelievable amount of talented individuals and companies. I would love to hear more about how these partnerships came into play. How did you determine Sumi and Tim were your two star characters?

Yeah I was so excited with how many amazingly talented people were down to do this with me! The core part of the team was one of my best friends Cody Burkhardt of Void Productions, who co-directed and edited the entire video himself, and Tarun Raj of FWD Future who’s actually my cousin, he was the other director and the main producer. Between the two of them they’ve done some insane stuff, like videos for Justin Bieber and RUFUS and Coachella. They have a pretty wide network of fellow creatives and collaborators for these kinds of projects – the craziest part though was that we were operating on a shoestring budget, but despite that we got all these incredible people involved just because they really liked our vision and wanted to be a part of it! I’m so honored to have support like that and to get to work on projects like this with fellow creatives who like to make art for the sake of art. It was the same situation for Sumi and Tim specifically, Cody and Tarun had worked with them previously and they both were generous enough to take time out from their hectic schedules shooting tons of other much bigger projects just to be involved in this, and I can’t thank them enough.

Along with this, how did you partner this production up with Matthew Halla and Kurk Kasparian?

Same as above, Cody and Tarun put the idea in front of them and they liked our vision enough to want to be part of it. Couldn’t have pulled off this ridiculous project without their contributions.

When you were done casting and hiring all of the talent and companies, how long did the production take, start to finish?

Actual filming of the video took place over 3 days, in a secluded area near Sequoia in Northern California at the beginning of February. It was totally stunning up there and to be completely immersed in nature while shooting this kind of video thematically based on the elements, it was perfect.  From pre-production, to shooting, through post production though….that was a 4 month process haha turns out CGI takes a lot of time!

What was your favorite part about filming?

I’ve never gotten to shoot any kind of video before, let alone something of this scale, so for me the most exciting things were challenging myself with new ideas and concepts, figuring out the coolest ways we could execute them, and working with such a passionate team of friends and family to create something special.

Were there any cool ideas for the film that were left on the cutting room floor?

Believe me when I say that when CGI entered the conversation, my mind went crazy with so many different ideas … none of which were feasible even in the slightest lol. Hopefully for the next one!

Just wanna thank all my fans and supporters for being patient with me, I’m very selective and particular with the music and content that I put out and that sometimes means it takes a long time for me to release the things I’m working on. This video is coming out 3 months after the EP already came out. But I only want to show you guys the best that I can possibly offer and I take my time making sure it’s perfect for you, so your support means the world and I’ve got so much more coming this year!

Barbara Tucker is the Queen of House: Exclusive Interview

It takes legendary qualities to have a career that spans over thirty years in the music industry. It takes titan-esque qualities to be a part of the initial waves of a musical genre and to become "the Queen" of said genre. Barbara Tucker is that Queen of House music and she is still a titanic figure in dance music.
Read more

Mark Knight has just released his newest single; 'If It's Love' together with Laura Davie and The Melody Men through his own...
Read more

A new sensation has taken center stage. Her name is Julie Bergan and she's behind the mesmerizing vocals of Alan Walker's global hit, "Ignite", and the R3HAB dance hit, "Don't Give Up On Me Now".
Read more

“Something About You”: Elderbrook Exclusive Interview

Over the last four years, we've been mesmerized by the sounds from Elderbrook. He's brought an undeniable style of poignant electronic music. He's even made the recent cross-over to Top 40 radio play with his hit single, "Something About You". It's safe to say that he will continue to define the sounds of electronic music for years to come.
Read more
Facebook
Twitter
Pinterest
WhatsApp
Linkedin
ReddIt
Email

Earlier this year the enigma that is Oliver Tree was set to release his new album "Ugly Is Beautiful" - it was...
Read more
Podcast News

Spotify is on a mission this month to remind everyone just how committed it is to the Podcast industry. After lying dormant...
Read more
Industry

Spotify Removed The ‘Appears On’ Section And People Are Not Happy. Here Is How They Should Replace It

Over the past few weeks, fans, artists and industry members noticed a very annoying change or possibly bug on one of the...
Read more
Industry

Amidst all DJ's being on the sidelines, Laidback Luke has launched a new interview series. The first iteration kicks off with a...
Read more
Album Release