I Attended A Music Festival Without My Phone

Sunset Music Festival in Tampa, Florida became my first music festival back since the pandemic hit. I drove 15 hours from Virginia with a group of friends who I hadn’t seen for over a year. I had my check list of festival items to bring which most importantly included a portable charger for my phone. I knew that I would be taking all the photos and videos to capture all the first festival memories.

On day one of SMF I came in running with my phone recording everything. I took pictures with the Sunset Music Festival sign and then ran to catch the first set at the mainstage. I took selfies with old and new friends and videos of the DJ sets and added them to my social media stories too. I kept my phone in my fanny pack along with my ID and money. In my hydration backpack I stored my portable charger and fan. As I was walking around the festival I ran into Trivecta and he signed my Trivecta jersey. He told me that it was the first time he’d signed his own jersey which made the moment very special. I asked my friends to record a video of him signing my jersey and take a picture since being the first one was a milestone. I noticed that my phone’s battery life was low and plugged it into my portable charger.

With the help of my friends I got first row for Trivecta’s recently added second set in a cooling tent that eventually became evacuated due to people trying to lift the tent to get in. The show was at capacity and the fire marshal stopped the show telling everyone to leave and re enter. Luckily someone on his team saw that we were there in the first row and let us stay on the side to keep our first row spot. While waiting I met Seven Lions, another memory to capture. Soon after I went off to try and get a good rail spot at the Sunrise stage for Said The Sky. My friends did not want to be up close so I went solo. I struggled to get in the front but managed to get up close to the rail. Somebody told me to lie and tell people that I was meeting my significant other up there so they would let me through.  His plan worked and then I bumped into someone I knew from social media but never met before. I asked if he wanted to take a selfie and when I reached for my phone I realized that it was gone.

My friend called it but there was no answer so I left him and searched the grounds for it. It was crowded and I didn’t see it anywhere. I didn’t know what to do. I told someone randomly in the crowd that my phone was gone and they checked my hydration backpack and said that it wasn’t there and that the only thing there was the cable. I ran to the lost and found but it wasn’t there either and they told me to come back periodically. I wanted to cry but Said The Sky’s set was about to start and he was one of the main artists I wanted to see. I walked around and this time was in the back and found two of my friends. I told them what happened and they gave me their phone to check to Find My iPhone. Unfortunately I did not know my Apple ID password. The show started and I forced myself to forget about it for now and not let it ruin the show for me. Said The Sky came on and tears came down. My emotions hit harder because of my lost phone but mainly because finally I was able to hear one of my favorite artists live again.

As his set went on I befriended people around me as we sang together to his music. I watched the crowd, the beautiful sunset, the visuals, and everything with no distractions. Normally I would have pulled out my phone to record but I felt a sense of freedom to not have to worry about that. I felt the music. I took out my Said The Sky flag and his photographer took a picture of me. It made me happy to know that there was at least one picture taken of me since I had no phone.

Afterwards I told my friends that I would need to stick by them since I wouldn’t be able to communicate with them. They wanted to go to the other stage but I wanted to stay for NGHTMRE, another artist I was dying to see. They told me that they would try their best to meet me at the same spot I was. While they left I stayed with a new friend I made during Said The Sky.  He offered to take any photos I needed. When NGHTMRE played I was blown away since this was the first set at night. The bass was wild and the pyro blasted across his visuals. I watched his show and headbanged with no care in the world. All I cared about was that moment I was in. I looked around and saw people on their phones recording as I jumped and danced taking it all in. Even though I had no way of capturing his show I knew I would never forget it. My friend took a picture of me with my NGHTMRE flag and then I continued to truly see his whole set. Afterwards we checked the lost and found again but sadly my phone was not there. We then got some fruit and sat under a tree bonding over the fact that we were both going to three of same festivals this year. I would not have met him if I had not lost my phone.

My new friend wanted to stay at the mainstage but I wanted to check the lost and found one more time.  He told me to look for the flag near the spot we were to come back and meet him. I walked off and my phone still wasn’t turned in.  Instead of going back to meet my friend I decided to wander off. I walked to all the stages and saw artists I wasn’t planning on seeing. I kept looking for people I knew but with it being dark it was harder to see everyone’s faces. I got food and then made my way back to mainstage. I danced and sang with a random stranger and then continued to walk after the song ended. Going on a solo phoneless adventure was wonderful. I was able to walk around the whole festival and see things I didn’t see before and make connections with new people. I found a huge beach chair and a First Festival Back sign and asked this nice couple from Cuba that I could take their picture if they took mine. I then bumped into another friend who was looking for the rest of her group and I told her to let my friends know that I would meet them at the disco ball at the end of the festival. I walked around some more and by chance I found two of the friends I was staying with. I was able to get back to the hotel with them. I was relieved since I couldn’t download any ride sharing apps.

The next day I bought a new phone and the AT&T manager told me that I was the tenth person to come to the store needing a replacement phone for their stolen phone. I upgraded to the newest iPhone but without my Apple ID I was not able to download any apps. My friend posted on social media to let everyone know that I was phoneless. I didn’t have time to reset my Apple ID before the festival started so I was off the grid again the second day. I couldn’t post anything online. I took a couple videos and photos but after the first day I realized that I wanted to live in the moment for the second day as well. Another set I was dying to see was Slander and I stayed at the rail spot until they played. With no phone and having a first row viewing spot of their first set back, the show was magical. I asked the security guard to take my picture to at least have that memory saved. Being up there I was also able to say hi to other artists walking around who played before. It was one of the best experiences I ever had. The fireworks with the music, their eye logo, and everyone’s energy made it unforgettable. They even had a couple come up on stage for a proposal followed by their song ‘Superhuman’. I cried of happiness.

I would never have imagined that I would have been fine without a phone especially during my first festival back. This experience was eye opening and allowed me to enjoy the festival by being present in the moment and not being tied to my phone. I did not know what was going on in the world outside of the festival, all I knew was that I was here at my first festival back in the crowd with my best friends singing and dancing to live music for the first time again. Once I was home my friends sent me all the pictures and videos they took of me and my favorite artists at the festival. Said The Sky’s photographer even messaged me the picture she took of me. I also happened to be in random videos that people took so I really did not need to capture everything. I now plan on doing the same for future festivals. I want to be present at those festivals too without a phone glued to my hand. 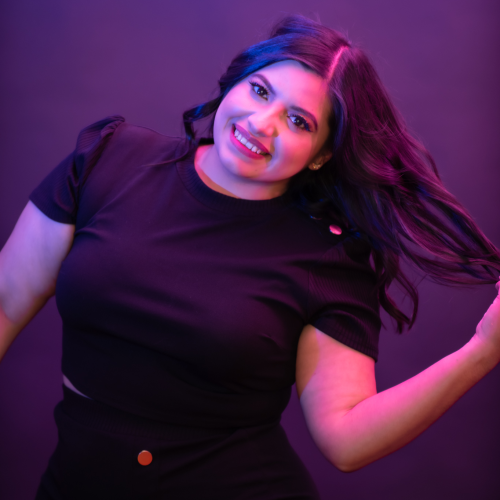 Coachella Drop The Lineup For Their 2022 Return