Richie Alexander and His Quickly Growing Claim to Fame!

With similar style to dance club successes like Bad Bunny and J Balvin , this new wave Colombian artist Richie Alexander is sure to be the next breakout star across North America!
The style that Richie undoubtedly embodies is heavily reminiscent of not only those of Reggaeton royalty, but successful works like Drake’s newest acclaimed album “Honestly, Nevermind” or fellow Canadian collaborator Majid Jordan which also emphasizes heartbreaking melodies accompanied by heavy hitting production.

With the upcoming major release of his debut album, Playa Larga, Richie couldn’t be more excited to continue breaking into these new musical barriers with fans worldwide!  The LBC (Long Beach, CA) raised artist states that when it comes to his sound and harnessing his creativity, he’s always adamant to breach new audiences with his Latin American sultry sound. We feel Richie’s unique talent is necessary and needed, as this artist isn’t solely hyper fixated on creating the next big club hit – we know he will – but more so, is determined to connect with his fanbase in a multitude of ways and not only produce music that moves us physically, but emotionally as well.

“It feels like it’s been such a journey. I’ve been working on new music for a while now and all those ideas are now coming to life and being able to record, mix and master these songs is a really beautiful feeling. […] My purpose is to touch as many people as I can.”

Don’t get it twisted though, in our eyes, Richie is destined to be the next major sensation and probably sought after heartthrob! We’re certain fans are guaranteed to see a major Playa Larga party tour, hit album, and probably a viral dance in the very near future. With Richie Alexander’s quickly growing rise to superstardom, there’s no telling what the next big thing this Ex Novio singer will do next!

Check out Richie Alexander’s music video for “Ex-Novio” below: 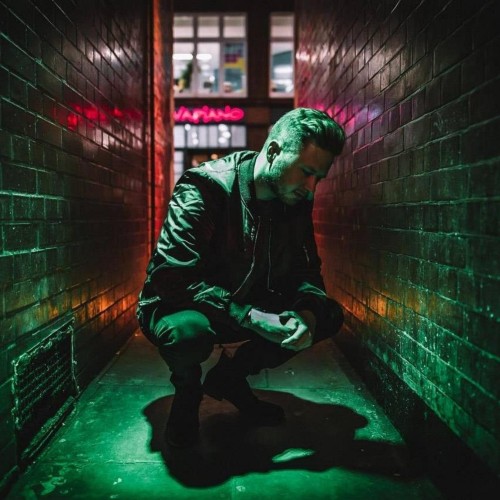 Hellberg Recruits Aloe Blacc For ‘Punching In The Dark’