Coachella. Undeniably one of the biggest festivals in the world where the acts are as varied as the attendees. It made me smile when I saw a couple with two young children enjoying the sunshine together and when I saw a couple of grandparents waiting in line for the gates to open on the first day. I even met a mother who had rented a house in Palm Springs with her teenage daughter, and her daughter’s friend. 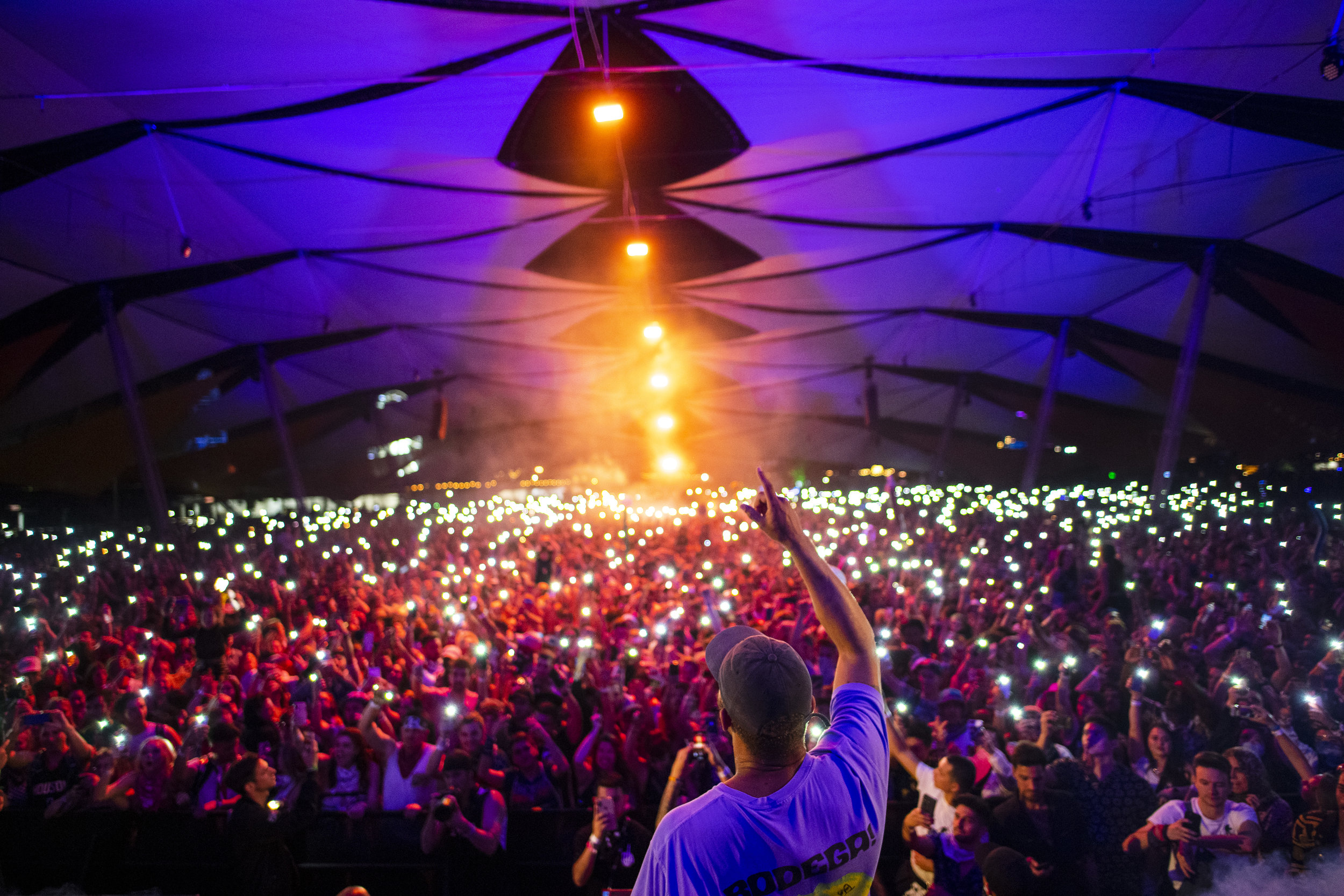 That’s the beauty of music though. You don’t have to be a certain age or look a certain way to enjoy yourself. With that said, the costumes of festival goers are wonderful. From sheer lace and lit up faux fur coats to thongs and feathers (in every colour imaginable), what makes the festival experience even better is looking at all the effort people have put into their festival attire. 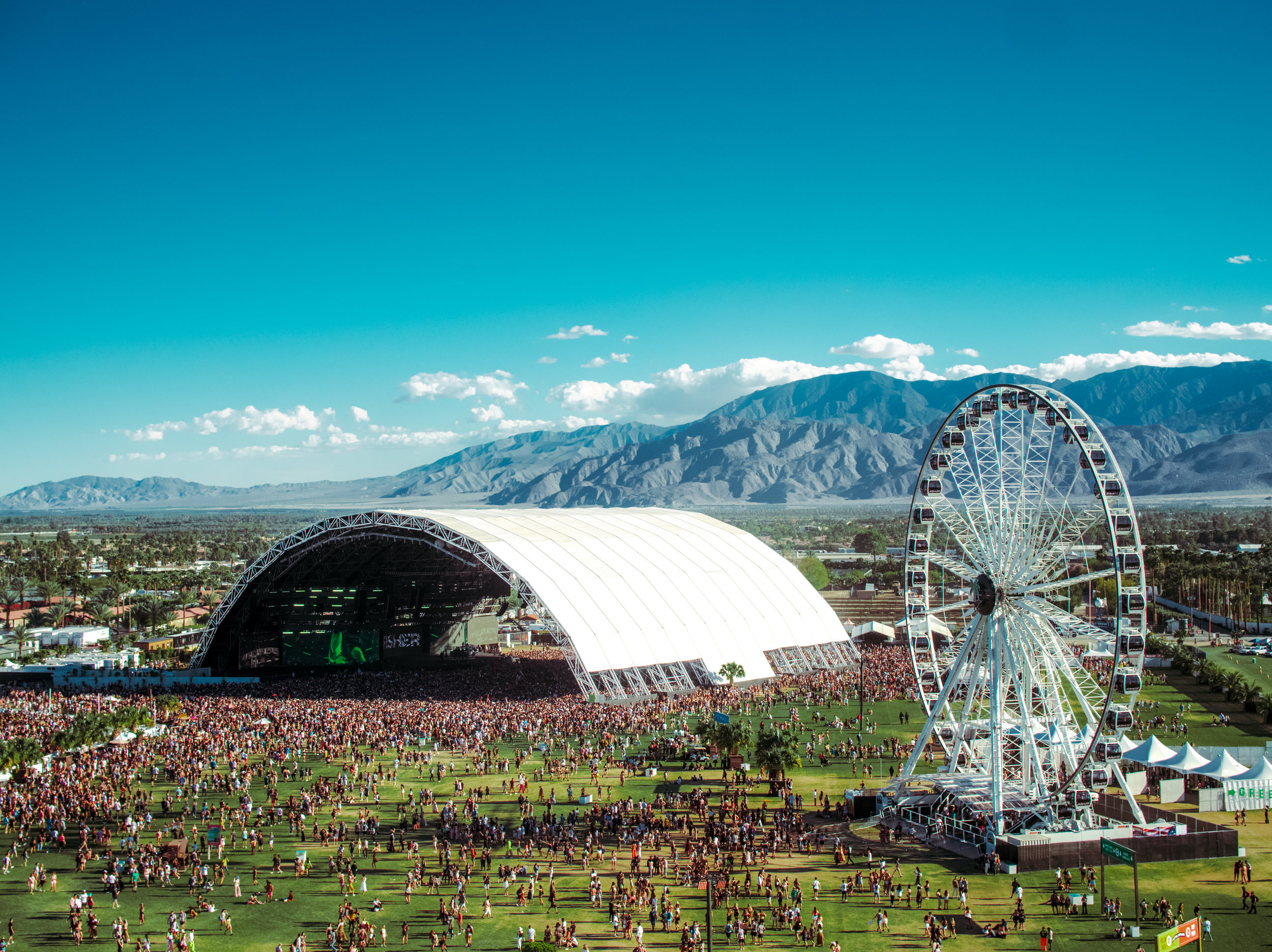 Coachella makes it easy for you to camp out at one stage based on what genre of music you enjoy. I met quite a few people who stayed almost the entire weekend at the Do LaB or Heineken House. However, I found myself walking 20 kilometres each day because my musical preferences are varied. (Long legs and a mean power walk really gets me places.) I also wanted to explore the art that was on display. It is very easy to focus on the music only but a huge part of Coachella is the art. Hence the name, Coachella Valley Music and Art Festival. 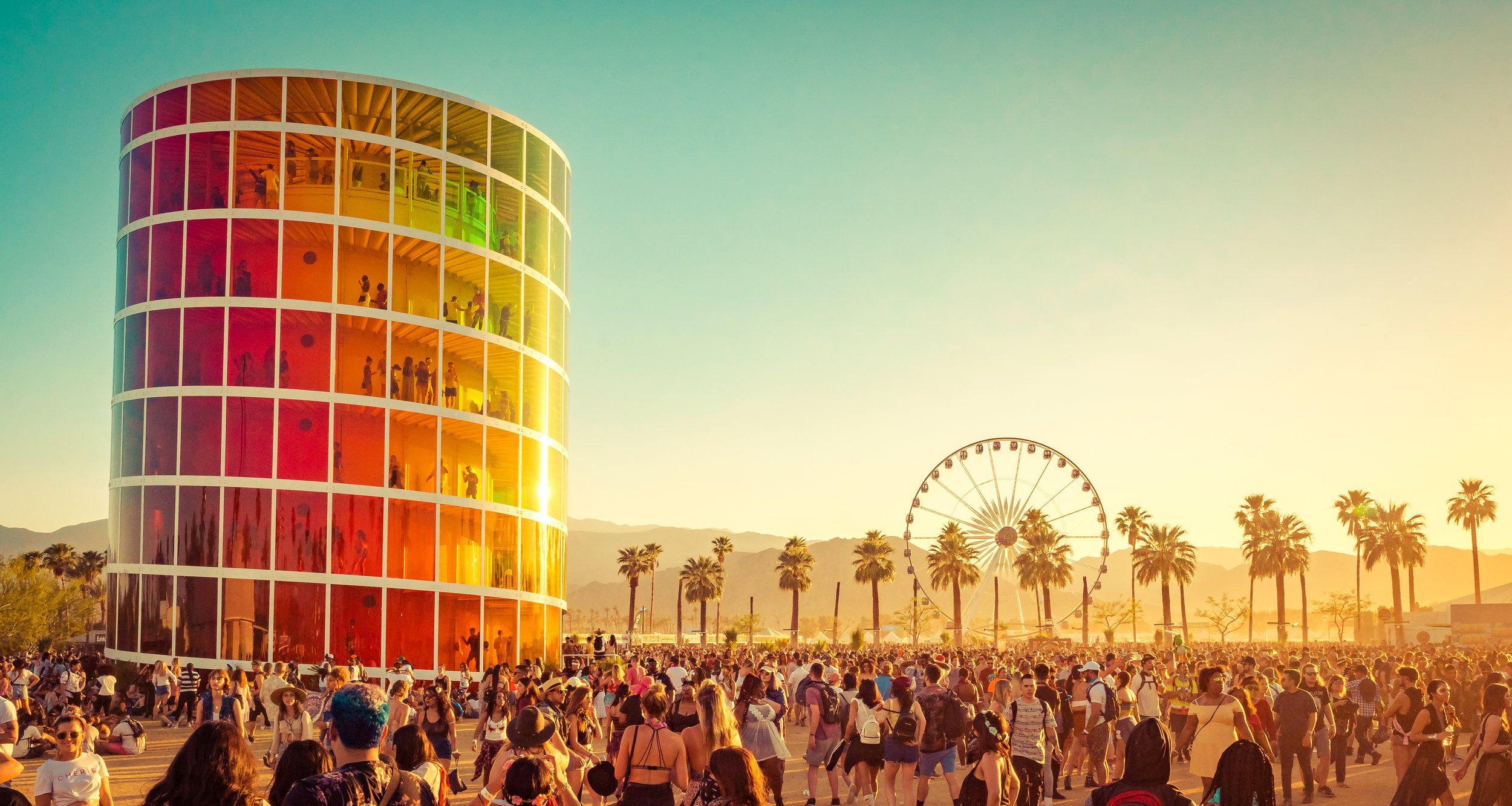 This is the second year that Coachella has seen Spectra. The art tower has a three year residency (with hopes for an extension, since they’ve literally laid down the foundation for it). This year was probably better than last year to enjoy the tower, as last year there was no air conditioning built in. It is now the perfect, and most colourful, place to escape the heat. When asked about his inspiration, Patrick O’Mahony, the creative director, spoke about sunrises, sunsets, and his love of being up higher for new perspective. Maybe that’s why I loved Spectra so much. I am definitely a fan of all those things. The art piece is seven stories high and gives people a different vantage point of the festival grounds. 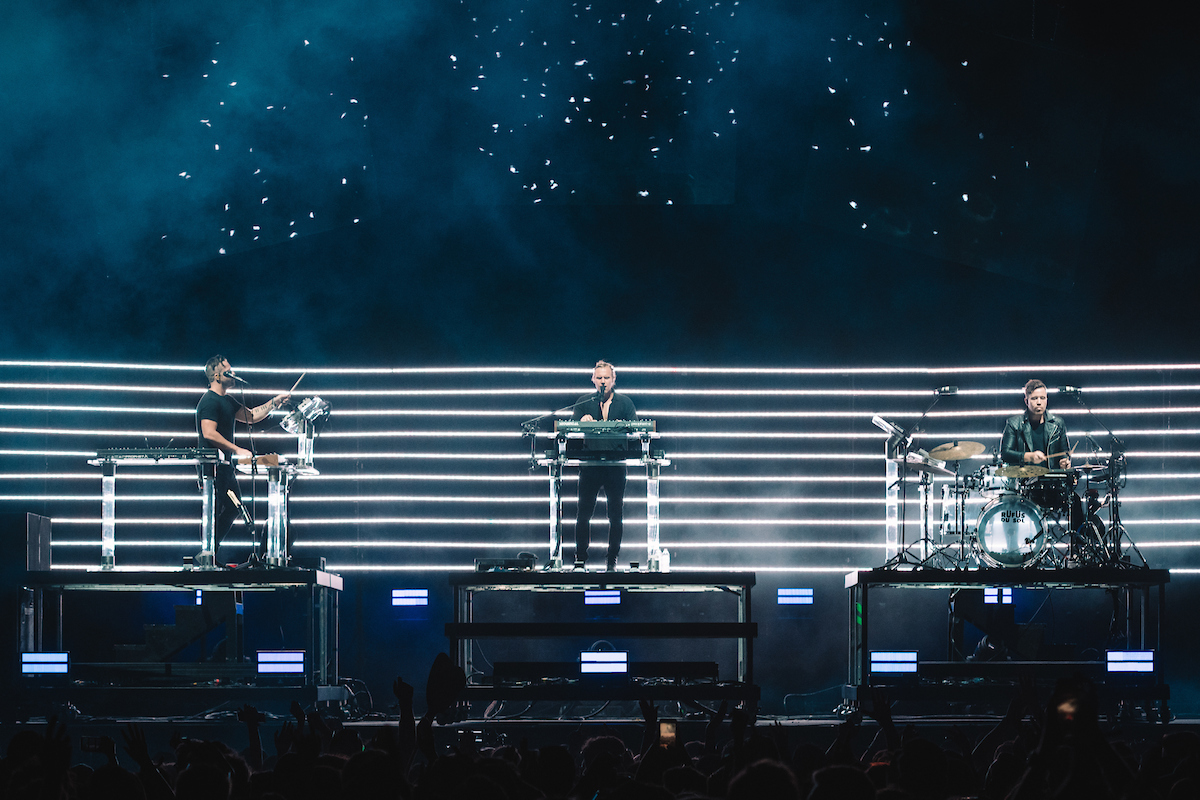 Another interactive piece that allowed people to cool off and chill out was HP’s Antarctic Dome. This is their third year at the festival. You can read my round up of that piece here. 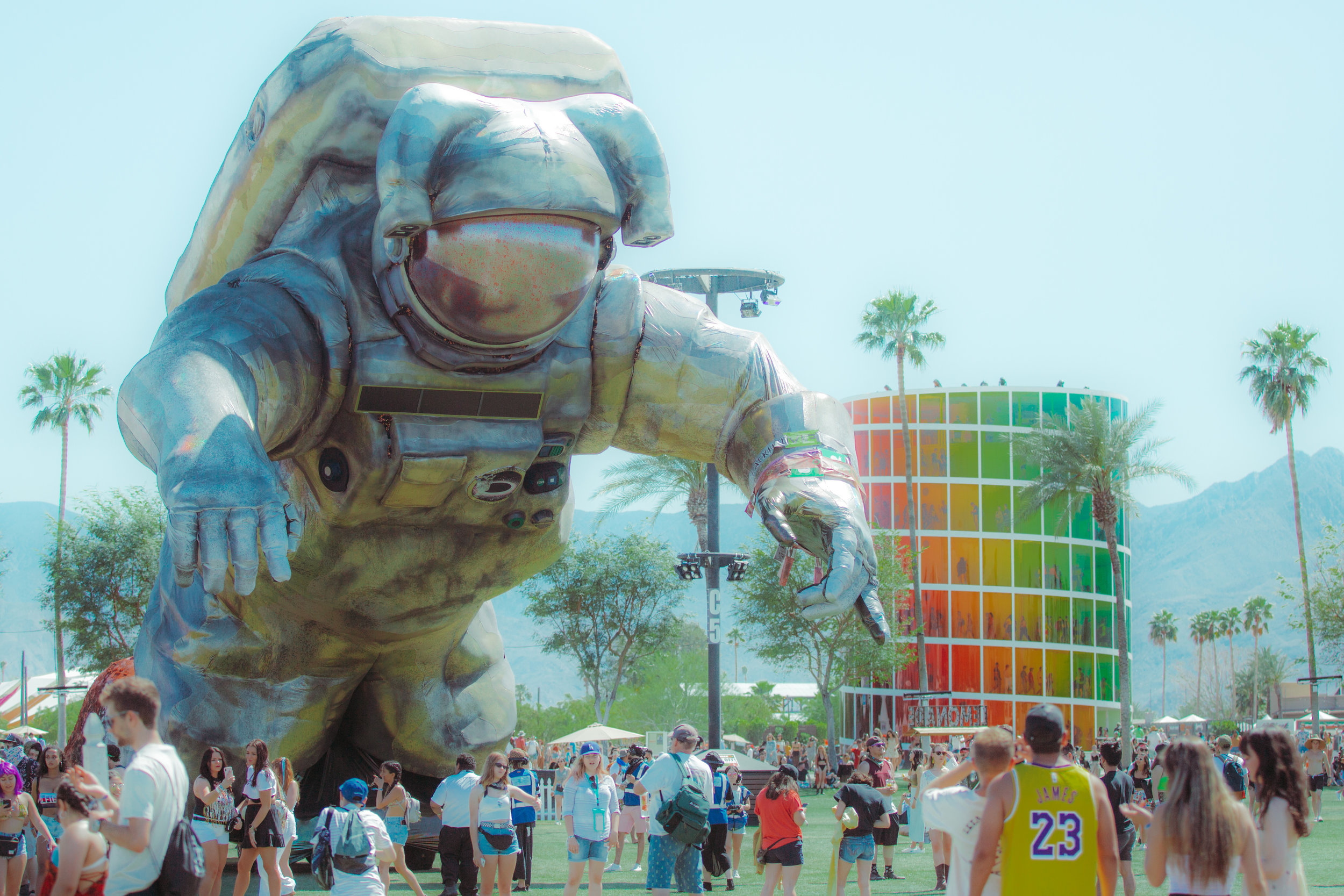 This year also saw the return of the gigantic astronaut, somewhat wary from his travels. (He was first seen at Coachella back in 2014.) On Sunday evening, it seems like a hippo from a different art piece crossed paths with the moving art instillation, judging by the remains of said hippo on the bottom of the astronaut’s boot. 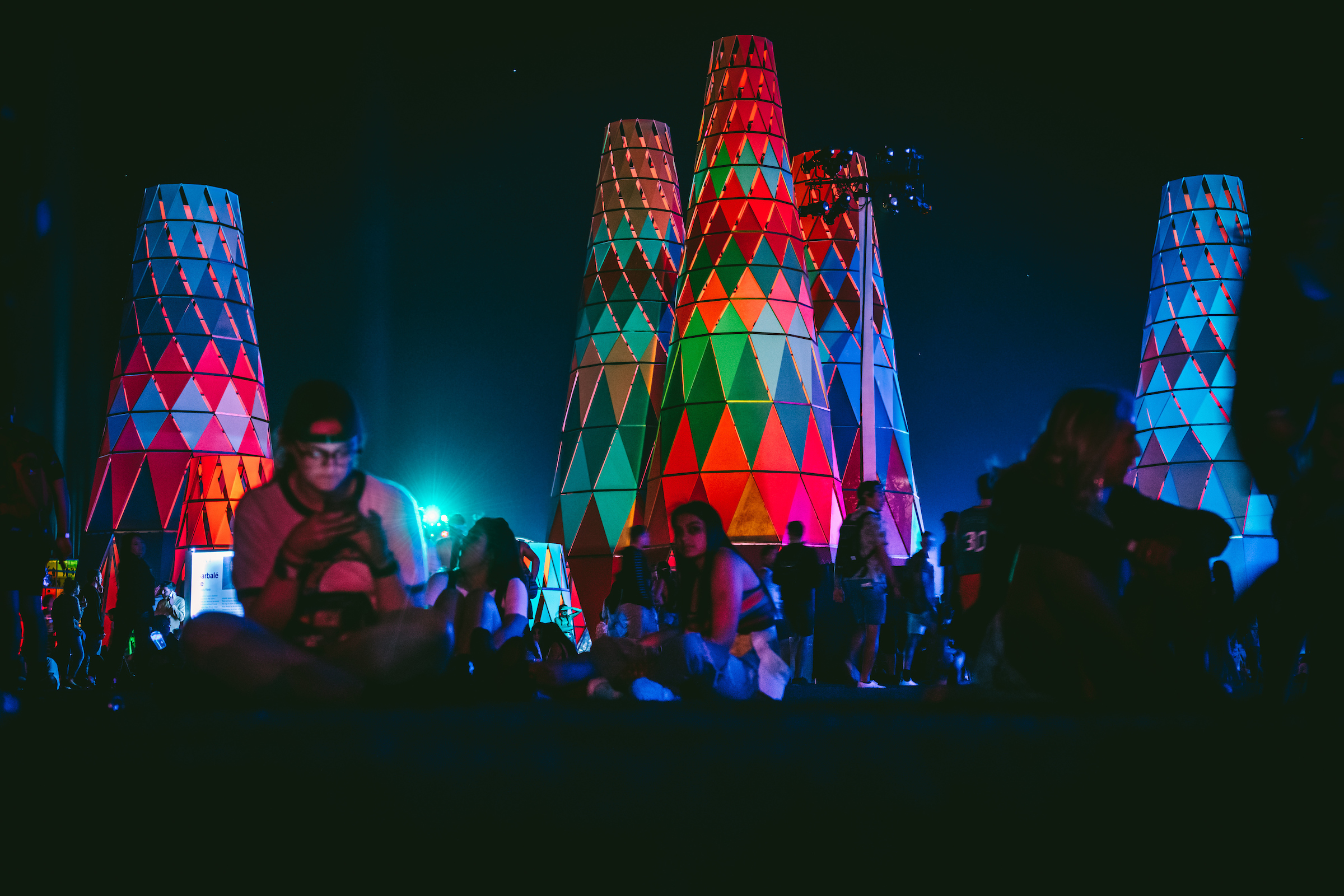 Coachella is quite photogenic. Some of the other art features were cacti, 12 colourful towers, and of course, one of the returning favourites, the balloon chains. The path that lead up to Ariana Grande’s merch featured seven rings. Calvin Klein created a house where the decor was made for taking selfies with. The festival fully embraces our generation and our love of sharing. And attendees are eager to partake. To quote Virgil Abloh at the end of his Weekend 1 set, “This is the best generation of all time.” 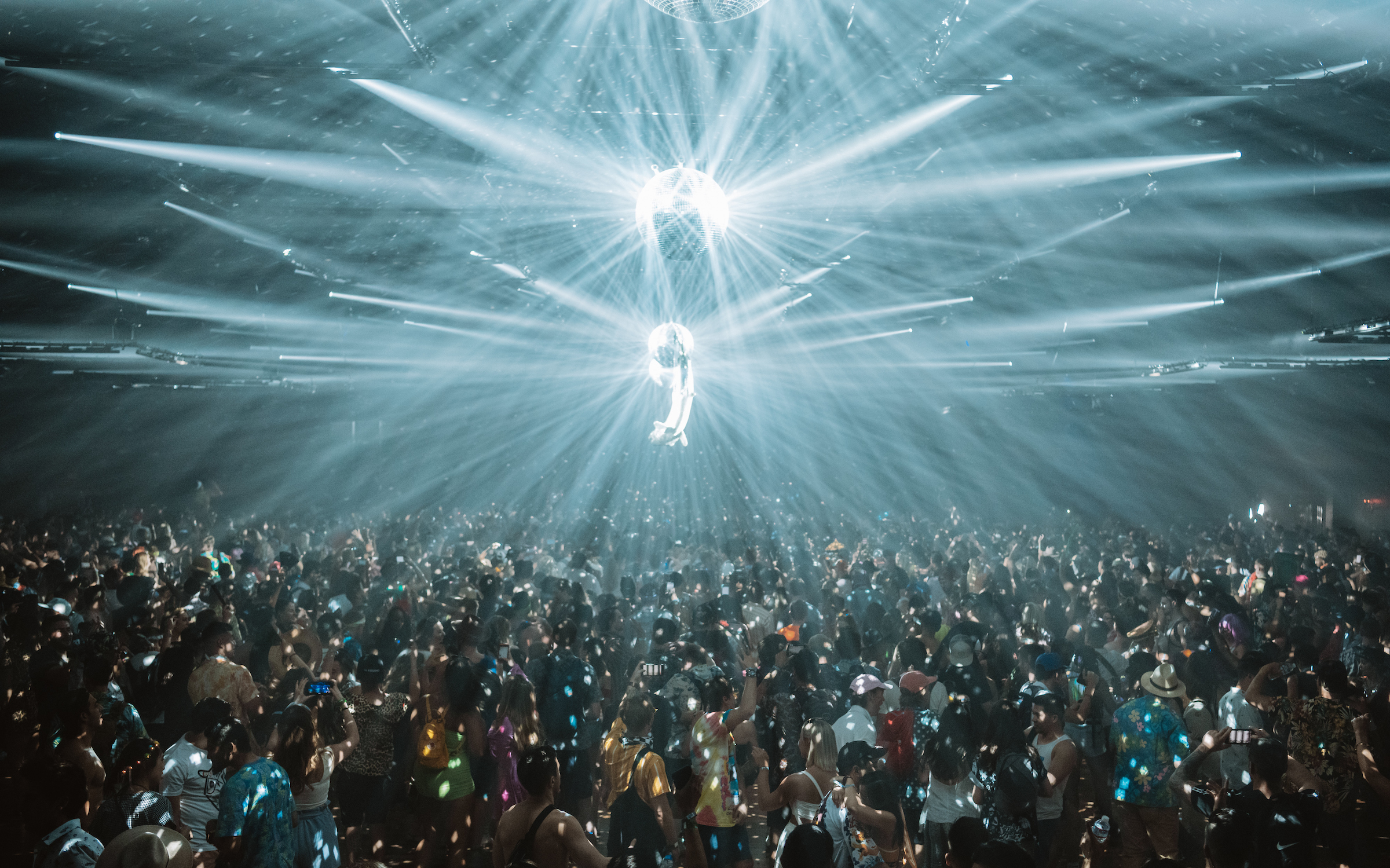 In terms of music, I had a fair few clashes which resulted in having to sacrifice some acts for others. Unfortunately, a couple stages ran late, making it impossible to catch an act in the gap between two others. Nonetheless, the overall experience of Coachella is what made the weekend great. Combine art, music, making new friends, and connecting with old ones and you have a recipe for success.

Creating a list of my top three acts was no easy feat. This was EXTREMELY hard for me to decide upon. I loved every act I saw but here are my top three: 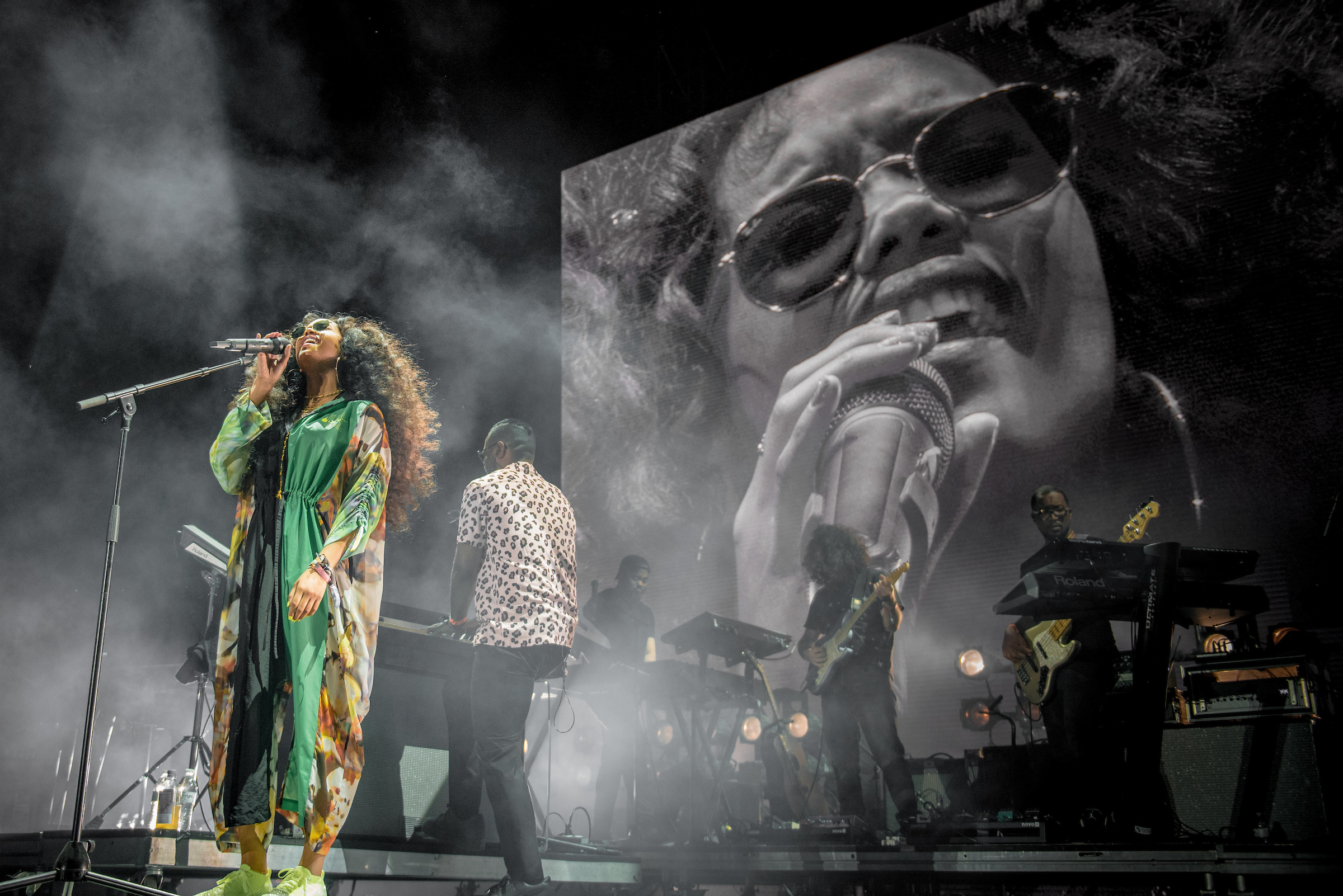 1. H.E.R. – The artist I wanted to see the most. I wasn’t in Australia when she came to tour last year so I made sure she was the number one priority at Coachella. She was the one act I was adamant to see from start to finish, purely because her music has helped me get through some shit, as I’m sure many H.E.R. fans can relate too. I lost track of how many times I cried. 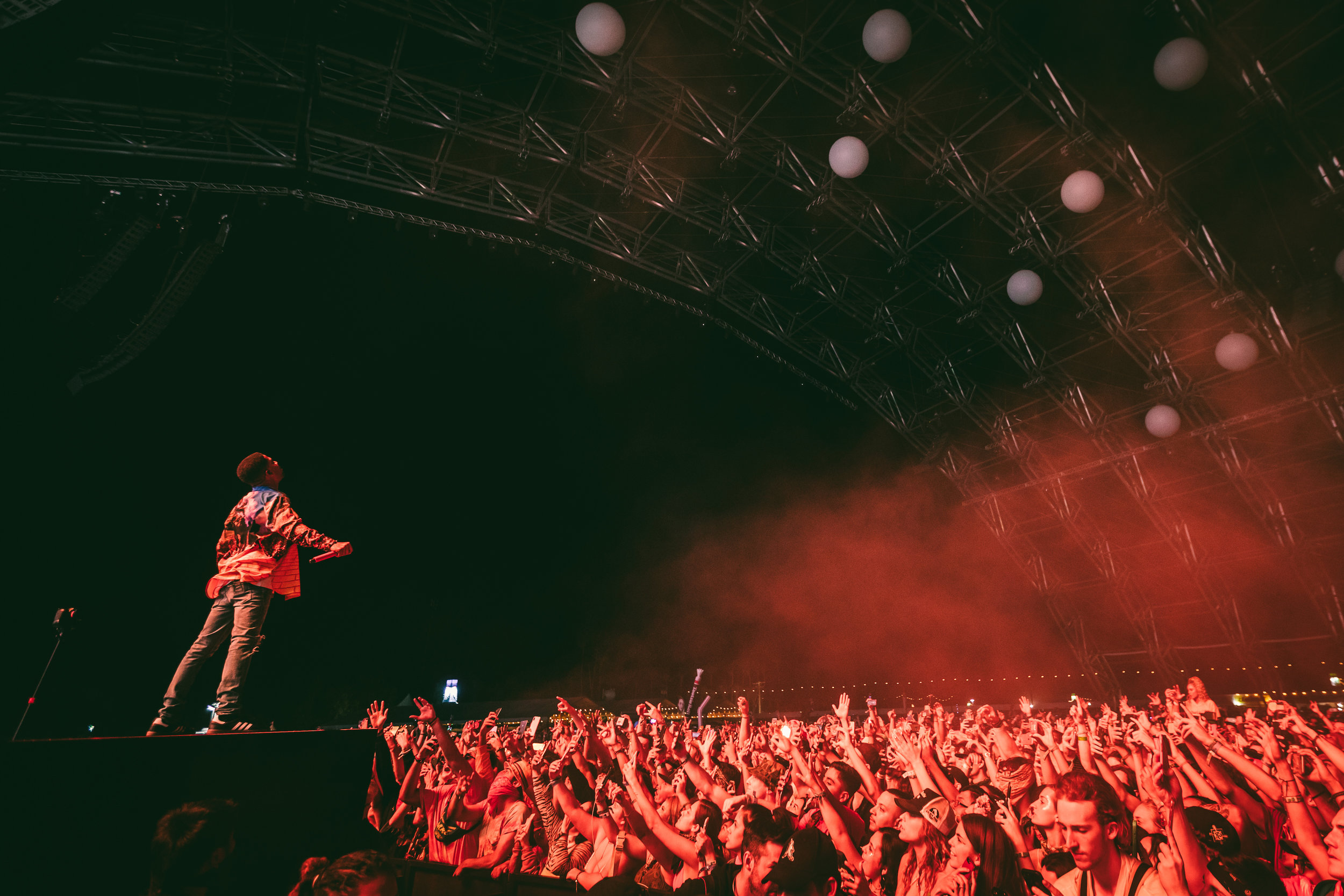 2. Kid Cudi – He had otherworldly visuals. At one point, the northern lights were flashing over a purple moonscape. Then came a rising sun. A very solid set musically as well. He dedicated his last song of the night, Pursuit of Happiness, to Mac Miller and Nipsy Hussle. Halfway through the track, he stops and starts performing Steve Aoki’s remixed version of the song, and the crowd absolutely loses their shit. His performance felt like a main stage, closing out Coachella on Sunday, set. 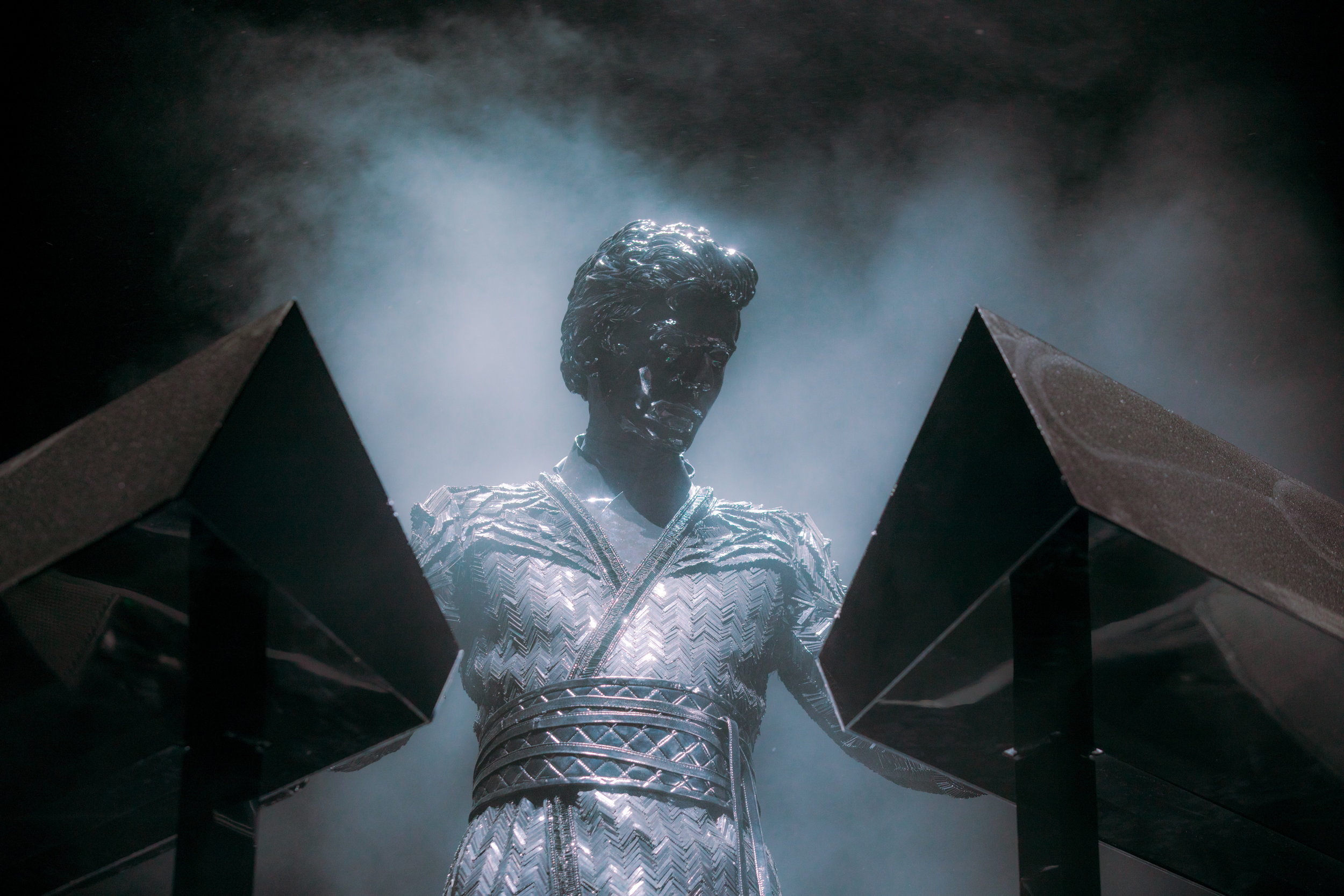 3. Gesaffelstein – The Prince of Darkness did not disappoint. To be honest, I don’t think he ever could. A dramatic entrance and exit coupled with a costume that covered his entire top half in silver (face and hair included), black velvet pants, and shiny dress shoes. He kept the crowd dancing the entire time. His set hypnotized me.

Next year I would love to do Bothchella. There is so much to see and do at this festival. Even though I am incredibly happy with my experience this year, there are some acts that I missed out on that I would have loved to see. The weekends seem to be quite varied in terms of musical guests as well but whichever weekend you end up picking, rest assured, you will have the time of your life.

See you in the desert next year. 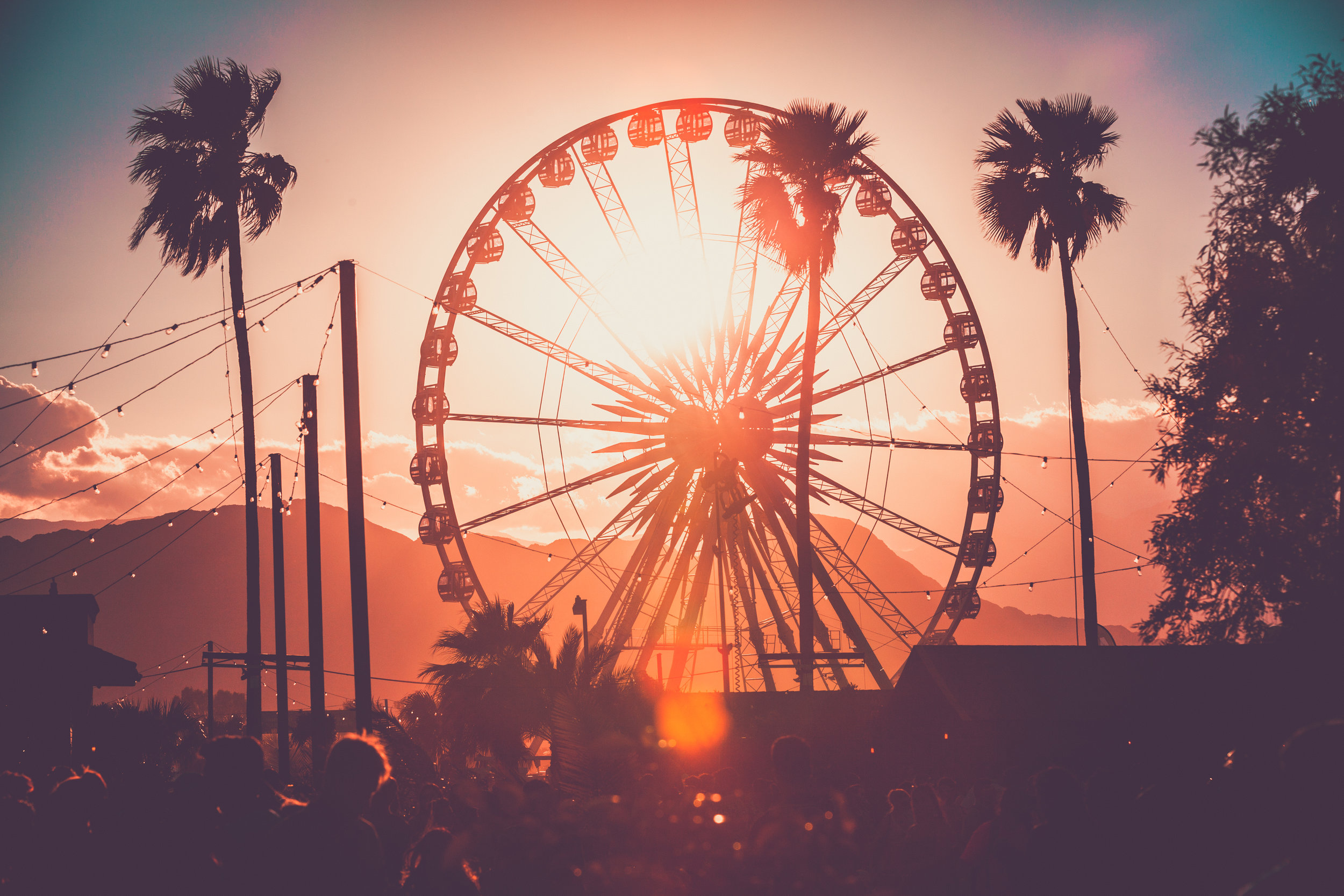 Louis The Child's debut album is here. 'Here For Now' gifts us with 14 tracks, including collaborations with the likes of K.Flay,...
Read more
Trap & Bass

DJ Snake's debuts his first single of 2020 with a bang. The alluded track was attached to videos from his headline Paris...
Read more

Marshmello & Co Set Their Eyes On The Toddler Demographic With Mellodees

Marshmello has been at the forefront of media and fan engagement since the project's inception. With noteworthy acts such as his Fortnite...

Multiversum by Comport has in a short time span built a reputation of delivering remarkable and enjoyable events in Amsterdam through a...
Read more
Event Review

Lowlands: One Of The 2018 Summer Highlights

When it comes to creating a great mixed music and art festival, this year’s curation of Lowlands was one of the best....
Read more