BREAKING: EDC Is Evacuating Certain Stages Due To High Winds

The second day of Electric Daisy Carnival at Las Vegas Motor Speedway ran into some unfortunate issues thanks to high winds, with both Tiesto and Martin Garrix’s sets being cut short and many more being cancelled entirely. The issues began towards the end of Tiesto’s set when stage crews and screens (Pictured Below) at the kineticFIELD began announcing “Evacuate To Shelter”. At that time various sets were still ongoing including Martin Garrix on the circuitGROUNDS and NGHTMRE on cosmicMEADOW, however the winds were noticeably sending flags in one direction during Garrix’s set and shortly after, his live stream was switched off as well.

We are experiencing high winds and as a precaution have shut down a couple of stages at this time. We are actively monitoring the situation but we are not evacuating the venue.

The evacuation caused significant confusion and frustration, with many attendees’ being told the entire festival was getting evacuated stage by stage so they left the venue to avoid an anticipated rush of people to be leaving. However EDC later tweeted that the venue was not being evacuated as a whole and only certain stages were closed. Many fans had already left back to their hotels at this time and vented their frustrations on social media, EDC re-assured them that if they returned they would have no issues getting back into the festival grounds.

Hi Headliners! You may re-enter the venue if you have already left. We are not shutting down the entire venue, only a few stages. Please let us know if you have any issues re-entering the festival and we will work swiftly to get you back in.

That’s BS your employees told us that they were evacuating every one and they were dismissing stage by stage to not cause chaos!!! Expect my refund!!! @PasqualeRotella @EDC_LasVegas

High winds are not a new problem for the festival, the EDC Las Vegas location has been plagued weather issues a number of times due to its positioning in the desert. As a result of the cancellations, highly anticipated acts such as Kaskade and RL Grime and many more were unable to perform their scheduled sets. Currently there’s still extreme winds and there has been no official word on if this will cause issues for the festivals final day. 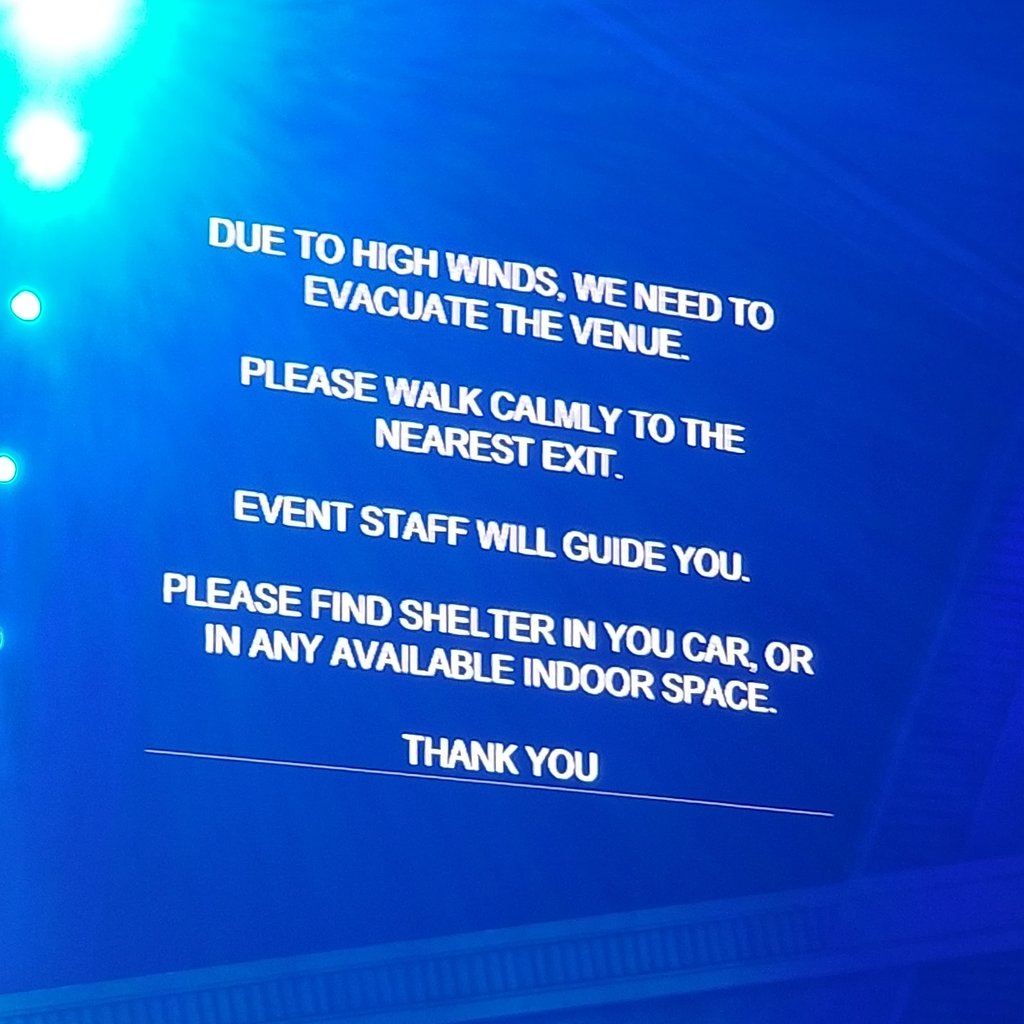